Over There: Abel Davis 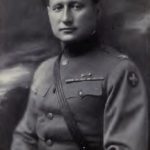 Abel Davis was born in Konigsberg, Germany in 1877 to Lithuanian parents. His family moved to Chicago in 1892, though Abel would sometimes say he was born there. His birthplace was variously reported as Kovno, Konigsberg or Chicago. He graduated from Northwestern law school in 1902 and was admitted to the bar. That same year, he ran for office and was elected to the Illinois General Assembly. He also worked for the Chicago Title and Trust Company. He was extremely active with Jewish charities and organizations around Chicago.

As a young man, Davis joined the Illinois National Guard and served as a corporal when the Spanish-American War broke out in 1898. He would remain in the National Guard for the next three decades. He saw action on the Mexican border as an officer in 1916 in skirmishes with Pancho Villa’s men.

In World War I, Major Davis was given command of a special training regiment at Camp Logan. The regiment consisted of “enemy aliens” described as of the “Teutonic, Magyar, Polish, Rumanian, Czechish, Ruthenian and other consolidated races.” Eventually naturalized citizens were integrated and sent overseas to fight.

Davis was promoted and given command of the 132nd Infantry. The regiment from Illinois left for Europe aboard the Mount Vernon on May 24, 1918 and arrived at Brest, France six days later. By July 4th, they were in combat. The Illinoisans fought alongside Australian soldiers (under Jewish General John Monash) in the Battle of Hamel, France. Davis also listed engagements at Vaden, Argonne-Meuse, Bois de Forges, Bois de Chaume , Bois de Plate Chene, Troyon sur Meuse, Chatteaux d’Aulmois, St. Hilaire, Bois de Warville and Bois de Harville in his questionnaire for the Office of War Records of the American Jewish Committee.

It was at Consenvoye, France on October 9, 1918 that Davis took heroic action leading to the award of a Distinguished Service Cross. The plan was to have the French attack and attempt to capture Consenvoye. Two battalions of the 132nd would follow. But the French failed to clear the area. When the Americans advanced, incoming fire was heavy. Losses were high, but the men from Illinois made it through to Consenvoye. Once there, the fighting continued. The Germans were desperate to maintain possession of Bois de Chaume and ammunition flew at the Americans. Davis was among those under heavy fire.

Upon reaching its objective, after a difficult advance, involving two changes of directions, Colonel Davis’s regiment was subjected to a determined enemy counterattack. Disregarding the heavy shell and machine-gun fire, Colonel Davis personally assumed command and by his fearless leadership and courage the enemy was driven back.

The 132nd returned home in May of 1919 and arrived in New York. From there, they headed to Camp Grant, Illinois. The regiment was demobilized after victory parades through the streets of Chicago. As a member of the Illinois National Guard, Abel Davis was promoted to Brigadier General in 1920. He remained in Chicago where he worked in the banking industry and continued his charitable work with Jewish causes. He died of pneumonia on January 7, 1937. 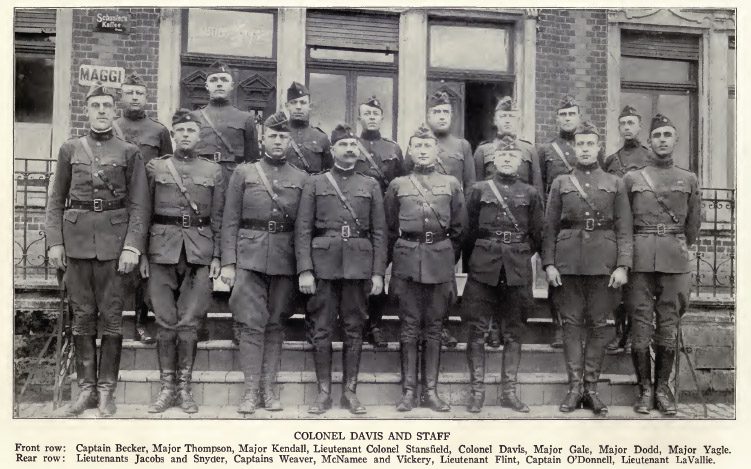