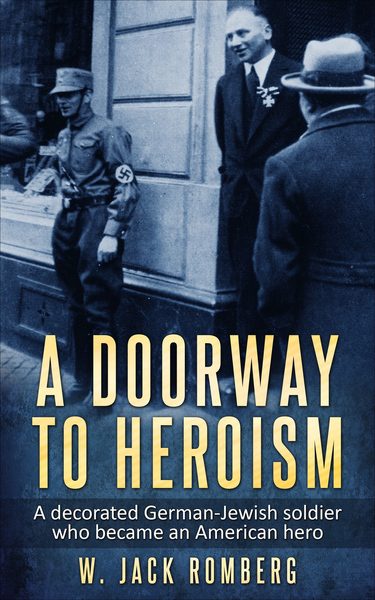 Imagine a German Jew who was a decorated German soldier in World War I, a resister in Cologne at the start of Hitler’s reign of terror, and a Silver Star decorated U.S. Army soldier. Three heroic actions, at three different times, in three different places. This is the story of Richard Stern, whose photograph of his protest hangs in multiple German museums, showing a rare Jewish protest in Nazi Germany.

To attend in person, register on Eventbrite. Masks and distancing required.

To attend the online webinar, register on Zoom.

W. Jack Romberg retired as the rabbi of Temple Israel in Tallahassee, FL in the summer of 2019. It was his second career. He intended to enter rabbinic school after graduating from University of Pittsburgh in 1976 with a BA in history focusing on Germany, but his father asked him to help in the family’s furniture manufacturing business. In 1995 he decided to pursue the lifelong dream to be a rabbi, entering Hebrew Union College-Jewish Institute of Religion in 1996, earning a master’s degree in 1999 and ordained in 2001. Before retiring, Rabbi Romberg decided to write the book on his great uncle Richard Stern, perhaps forming a third career.