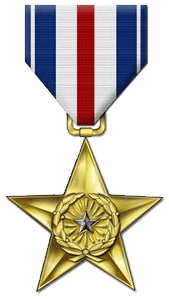 Edward Feldman was born on February 26, 1941 into an already accomplished military family; of his two uncles in the military, one had earned 2 bronze stars, and a cousin had received the Distinguished Flying Cross on two separate occasions. With plenty of familial inspiration around him, Feldman dreamed of being an Infantry Marine.

Instead, Feldman pursued a career in medicine. He received his B.S. from Columbia University in 1962, and once he graduated from medical school he joined the U.S. Navy Reserves, and was assigned as a Marine Corps doctor. Feldman deployed to Vietnam, where he was a Navy surgeon in combat zones.

In January 1968, Feldman faced what was arguably his most dangerous assignment and challenge. Lieutenant Feldman had been assigned to medically assist the 26th Marine Regiment in the middle of a Vietnam combat zone. He had finished settling into an underground bunker when within a matter of minutes he received his first patient, and the post came under attack from Vietnamese forces.

His patient was a young private who had been struck with an explosive piece of mortar shell; Feldman and his peers believed they only had about 45 minutes before the shell set off in the private’s abdomen, putting the rest of the post in danger. Feldman immediately began to operate, and was able to successfully remove the object from the private, saving his life and many others.

Lieutenant Feldman also took control over medical procedures whilst in a different active combat zone. As soon as he arrived to help A Company 1/61, he assembled and organized the men on the field to a safe position so he could further evaluate and treat the injured. He called for the evacuation of the wounded and dead, and refused to be evacuated himself until all of the men in his care were taken care of first. Feldman truly epitomized the phrase no man left behind during his service in Vietnam.

Edward Feldman achieved the rank of Lieutenant Commander in the Navy Medical Corps before retiring. In his post-military career he taught at New Jersey Medical School and Western University in Pomona, CA, and was the national surgeon of the Jewish War Veterans for a period of time. Feldman passed away on October 3, 2017 at the age of 76.