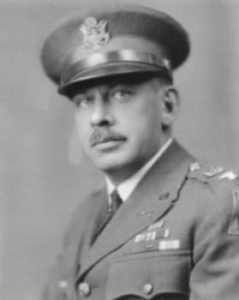 Julius Ochs Adler was born on December 3, 1892 in Chattanooga, Tennessee. He decided not to join the family publishing business, and in 1915 enlisted as a  private in the U.S. Army. Two years later he commissioned as a Reservist 2nd Lieutenant. Less than 5 months after that Adler was promoted to Captain.

During WWI, Adler served on the Western Front and was promoted to Major after his time overseas. While in France, he defended his unit and captured enemy soldiers. For his actions Adler was awarded the Distinguished Service Cross. His citation reads:

306th Infantry, 77th Division. For extraordinary heroism in action at St. Juvin, France, October 14, 1918. Accompanied by another officer, Major Adler was supervising the work of clearing the enemy from St. Juvin where they suddenly came upon a party of the enemy numbering 150. Firing on the enemy with his pistol, Major Adler ran toward the party, calling on them to surrender. His bravery and good marksmanship resulted in the capture of 50 Germans and the rest fled.

After WWI, Adler followed in his family’s footsteps and pursued a career in journalism. He began working with The New York Times beginning in 1919. He served as vice-president and treasurer for the newspaper, and in 1935 became general manager.

In 1940 though, as an Army Reservist Adler was called up for duty. He served in Fort Dix, New Jersey and was involved with the New Guinea campaign in the Pacific. Adler was relieved of his military duties in November 1944 though due to an illness. Away from warfronts, Adler was actively involved in advocating for the Selective Service Law. This is a precursor list of eligible men, should the need for a draft arise again in the future.

Adler continued his work with The New York Times after WWII, as well as his hometown newspaper, The Chattanooga Times. In 1945, General Eisenhower invited Adler and 17 other newspaper executives to visit liberated concentration camps across Europe.

Adler stayed on with The New York Times until his death on October 3, 1955. He is buried in Arlington National Cemetery.