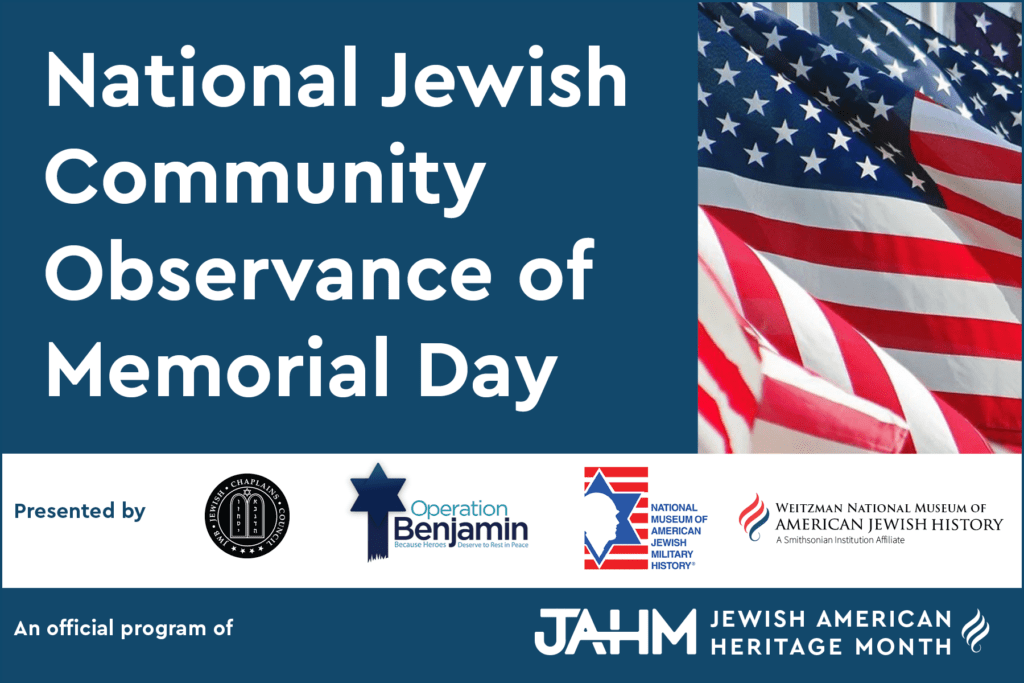 From the Revolutionary War through today, American Jews have served nobly in all branches of our country’s military—and many are among our nation’s fallen heroes. It is incumbent upon America’s Jewish community, therefore, to mark Memorial Day for both its national and its Jewish significance.