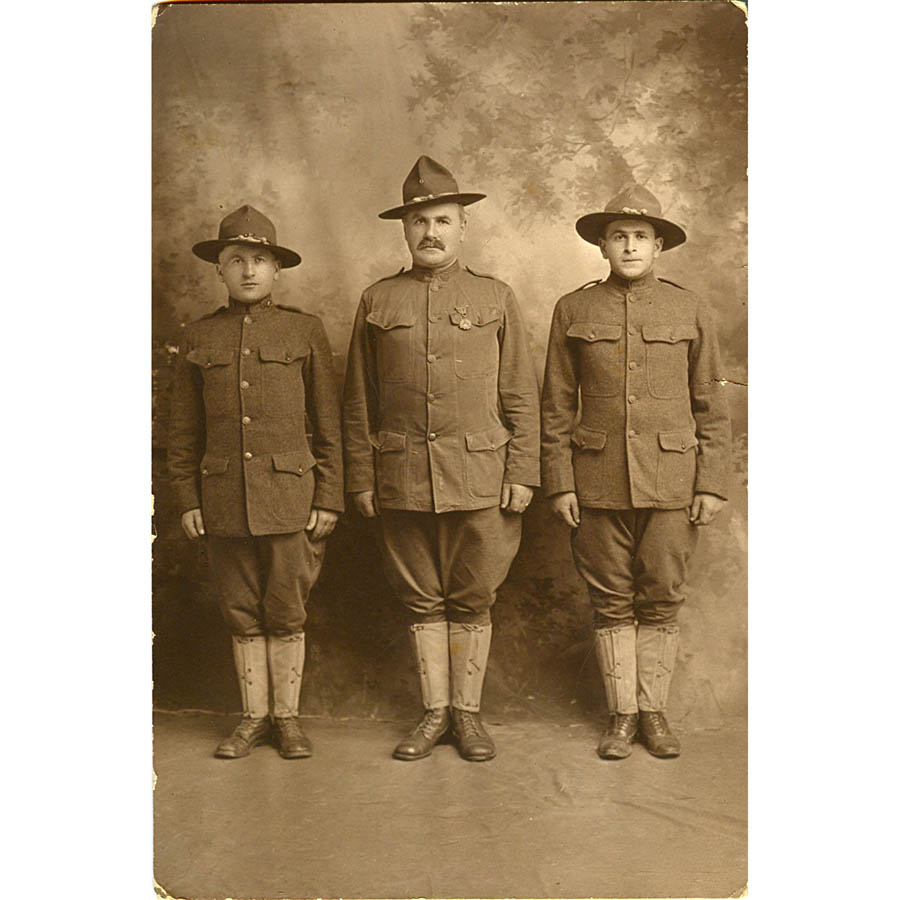 Russian-immigrant Bencin Riseman joined the Massachusetts National Guard and served on the Mexican Border in 1916. When that conflict ended, Riseman returned home to Boston, where he had worked for the city as a constable. The Great War was raging in Europe and Riseman anticipated the need for a growing military in the U.S. He began recruiting men in an unofficial capacity. He was particularly interested in training young American Jews to prepare for the military and for war.

In 1917, as a member of Company H, Fifth Massachusetts Infantry, he issued appeals in the Boston Jewish media for young men to join an organization he’d formed: the “Guard of Israel.” The Guard was headquartered in the West End, an ethnically diverse neighborhood with a growing Jewish population. They drilled each Monday evening at 7:30 at 1 Causeway Street. One report mentioned 75 men had enrolled and Riseman’s goal was 150 active members in the Guard.

Referring to his earlier service in Texas, Riseman said:

“Whatever may have been said about the Jewish soldier, I am willing to back him against all others for sobriety, loyalty, bravery and intelligence… I acted as rabbi for more than a thousand Jewish soldiers on the Mexican border, and therefore I know what they were able to do and how they responded to discipline. When they were given three days off for Passover, I was proud to see them all return at the end of the time as sober and in good shape as when they left. There is no better soldier, when well trained, than the Jew.” 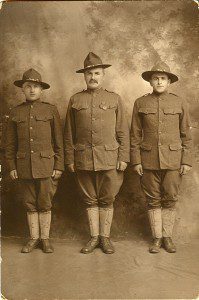 When the U.S. did enter World War I, along with the men Bencin had trained, the entire Riseman family joined their father’s cause. Father Bencin (sometimes written as Benjamin or Benzion) and son Jay actually served together in Europe in the 101st Infantry of the 26th “Yankee” Division. Another son, Joseph, was a member of Harvard’s ROTC program and received his commission towards the end of the war. Daughter Rita was a Red Cross nurse.

In 1918, it had become clear that the Jewish soldiers of the 26th Division in Europe needed a Jewish chaplain. Bencin Riseman, a gray-haired veteran of the army in his native Russia, but just a private in the U.S. Army, volunteered. He was appointed chaplain. In a later interview with the Boston Jewish Advocate, he recalled conducting Rosh Hashanah services in St. Mihiel:

“I got the Jewish boys together in the woods. I had a shofar, some prayer books, and some talaisim. I blew the shofar myself… It started to rain as soon as the prayers began. It poured. Just at the end of the services, as I was blowing the shofar there came another sound of a trumpet. It was the bugler playing Assembly Call. I blessed the boys. I knew that they were going to advance. I knew that many of them were not coming back… I said Lord take care of these boys. They are young. The bombs stopped immediately and I went over in safety. After I had crossed that section, I looked back and saw the bombs falling again. I know that was a miracle.” 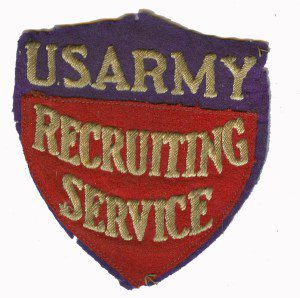 After returning from Europe at war’s end, Sergeant Riseman continued with recruiting, but now with a broader focus. He joined the Army Recruiting Service and ran the Lewiston, Maine recruiting station. U.S. Army Recruiting News acknowledged Riseman in the “Our Own Hall of Fame” column in the October 1920 issue: “Sgt. Bencin Riseman is sire of family that did ‘its bit’ during the World War… He convinced eighteen Maine Yankees last month.”

A version of this story appeared on Jews in Green.