Service Around the World – Submit Your Story 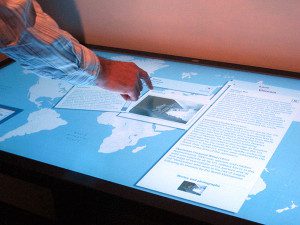 Did you serve in the U.S. military after 1948? Tell us about it! We’ll include it in our interactive Service Around the World kiosk at the Museum. We need your help to show how Jews have contributed around the globe while serving in the American military. This includes the Korean and Vietnam conflicts, but we also want to include the many, many smaller operations that are so often overlooked. Whether you participated in the Berlin Airlift, were stationed at Thule Air Base in Greenland, or recently returned from serving in Afghanistan – we want to document just how varied Jewish military experience has been in the past 70 years.

Fill out my online form.
Facebook0Tweet0LinkedIn0Email0