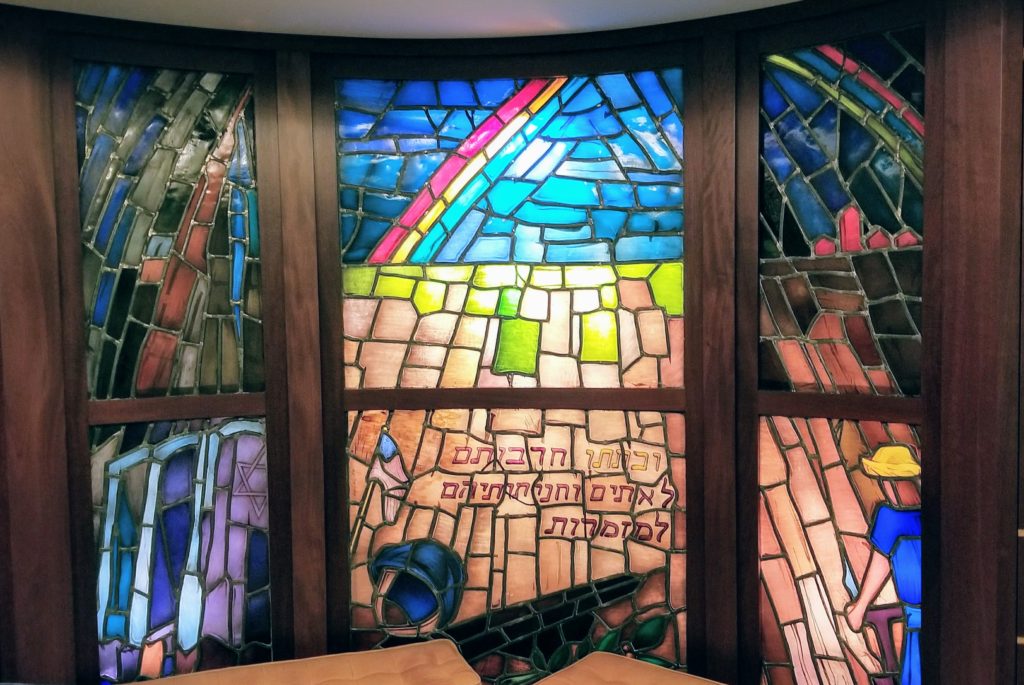 Captain Goldberg was born in 1896 in Bobrouysk, Russia. He attended school in Palestine and Russia. After the outbreak of World War I, Captain Goldberg was drafted into the Russian army where he served as a Private. Upon the collapse of the Western front, he fled czarist Russia and after an eight month journey arrived in the United States in 1916.

Shortly after arriving in the U.S., Goldberg volunteered for the U.S. Army and served with the American Expeditionary Forces in France. After the war, he returned to New York and enrolled in the Jewish Institute of Religion. Captain Goldberg was ordained as a rabbi in 1926 and received his doctorate of divinity in 1951.

In 1941, Captain Goldberg was commissioned as a Naval Chaplain. He was the first rabbi during World War II to received this commission. During the war, he traveled with members of the Protestant and Catholic clergy to Navy bases around the world. By conducting interfaith services, he made sure American soldiers and sailors had places to worship regardless of their faith.

Following the war, Captain Goldberg participated in two NATO conferences on building ecumenism among the military clergy. While serving during the Korean War, Goldberg was the first Jewish chaplain to attain the rank of Captain. In 1960, he was the first Jewish chaplain to be awarded the Legion of Merit. Captain Goldberg died December 24, 1994 and was interred at Arlington National Cemetery, January 6, 1995. The Museum’s Captain Joshua L. Goldberg Memorial Chapel was dedicated on February 10, 1995.