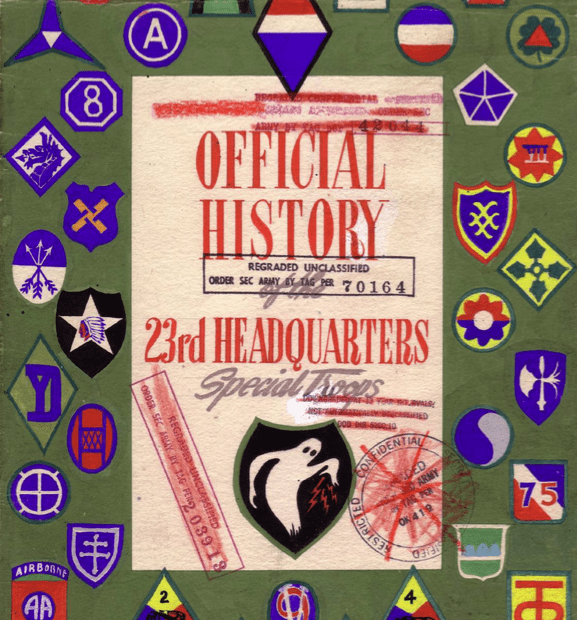 The Ghost Army was a unique unit that used inflatable tanks, sound effects, and imagination to fool the Germans on the battlefields of Europe. The unsung heroes of the 23rd Headquarters Special Troops and the 3133rd and 3103rd Signal Companies (Special) saved thousands of lives and helped win the war, but their efforts were kept secret for over fifty years and have yet to be fully recognized.

Roy Eichhorn will join us to discuss the formation of the Ghost Army, its operations and the many Jewish soldiers who played important roles. This includes the Ghost Army’s special assignment during the early period of the liberation of concentration and labor camps when they cared for 100,000 displaced persons.

Roy Eichhorn is president of Critical Thinking Applications LLC and consults on critical and strategic thinking. As Director, Research and Development, US Army Command and General Staff College, he did extensive research on the Ghost Army and other military deception efforts. Roy contributed to the re-introduction of Ghost Army deceptions to the U.S. Army and developed case studies around it for Army schools. He is the stepson of Ghost Army soldier George Martin (603rd Engineers) and a board member of the Ghost Army Legacy Project (GALP).